Mechanical finishing can impart specific attributes to a fabric with respect to shrinkage control, surface appearance and surface effects to impact fabric softness and hand. This webinar will review the various mechanical finishing processes for textile fabrics. 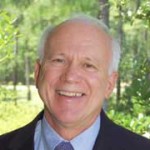 Len Farias, Cotton Incorporated
Leonard T. Farias, senior textile chemist, Cotton Incorporated, has been a member of AATCC since 1978. He has served on several research and administrative committees, including chair of RA106, UV Protective Textiles Test Methods, and presented at several AATCC International Conferences. Farias has also been active at the section level, assisting with the organization of the section technical programs, as program chair for the Northern Piedmont Section, and serving as Piedmont Section secretary.

Farias graduated from East Carolina University in 1969 with a BS in Chemistry, and earned an MS in Analytical Chemistry from Florida State University in 1972. He began his career as a research associate for Milliken and Co. in 1973 and later worked as a shift supervisor. Farias worked in Hanes Corp.’s hosiery division as a shift dyer in 1976 and eventually as dyeing department manager. In 1982, he was hired at Danskin, as dyeing department manager and became the finishing manager; he was the superintendent of the dyeing and greige warehouse at Alba-Waldensian in 1987. US Hosiery Corp. hired Farias as its technical director in 1988, and Cotton Incorporated hired him as its manager of technical services in 1989. At Cotton, Farias has served as the textile chemistry research manager, the technical services manager, and as a senior textile chemist. Farias has a broad range of experience in the dyeing and finishing arenas.